It is estimated that 620,000 men died fighting the Civil War. That is a staggering number of fatalities. What is even more surprising is that 388,000 of those deaths were not caused by bullets or cannonballs. They were caused by disease that came about as a result of the initial wounds.

For most of these soldiers, it was not the wound that killed them. It was what happened because of the wound. With the advent of modern medicine, we now understand how essential it is to promptly treat a wound in order to prevent infection and disease. 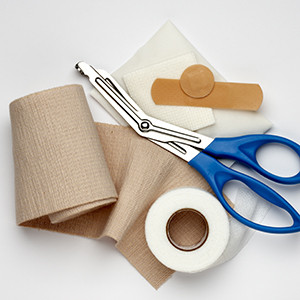 Take bitterness for example. A person may be genuinely offended, but instead of taking that hurt to the Healer, he may let it stagnate and fester into full blown bitterness. Steven Diamond, a writer for Psychology Today, defines bitterness as “a chronic and pervasive state of smoldering resentment,” and regards it as “one of the most destructive and toxic of human emotions.” Bitterness, as a result of an emotional injury, often makes the victim a victim all over again-not of others, but of himself.  So what began as a legitimate wound becomes a place for his flesh and the Enemy to bring about sin and death.

We see this played out in a heartbreaking way in the sex industry. The Illinois Coalition Against Sexual Assault did a study and found that among the prostitutes they questioned, more than 90 percent lost their virginity through assault, and 70 percent believed being sexually abused as children influenced their decision to become prostitutes. Another study I looked at showed that 75 to 95% of all active prostitutes were sexually abused as children. Abuse, a genuine and deep wound, when untreated, often leads to sin, deeper wounding and further victimization.

Why? Because our Enemy is not a gentleman. He has no boundary of decency. He will exploit the most painful moment of your life. He will pour salt on your most tender wound. He will strike you hard where you are already bruised black. He is after your death, and He will stop at nothing if it will get you into bondage to sin.

There are countless examples of how our wounded places can easily become the doors through which we enter in to sin of our own. We see little boys who grow up with angry fathers and become angry, dangerous men themselves. We see little girls whose trust in men is absolutely shattered during childhood, who grow up with hearts deeply hardened towards men, and oh the sin that grows from wounded hearts filled with hate!

It has been said that “Hurt people hurt people.” I would add that they hurt themselves too.

So, in light of all of this, what do we do? How do we break this cycle?

We examine our hearts. We get very honest with ourselves. Where are we carrying around hurts that have yet to heal? Where is our bitterness? Where are our deep seeds of anger? We pray and ask God to reveal these things to us. “Search me, O God, and know my heart; try me and know my anxious thoughts; and see if there be any hurtful way in me, and lead me in the everlasting way.” Ps. 139:23-24

When we become aware of the damaged and the broken in us, we take it to Jesus, the healer. Psalm 147:3 says that, “He heals the brokenhearted and binds up their wounds.” We ask Him to show us if there are “Achilles heels” or open doors in our lives that are easy targets for our Enemy to get in, and we ask God to heal those places and close those doors. We apply the sweet Truth of His Word as healing ointment to every damaged place, and we do this again and again until we are whole. We reach out to other believers for help. Sometimes we can’t clearly see our own wounds.  That’s where the powerful church of Jesus comes in. The book of James says “confess your sins to each other, and pray for each other that you may be healed.” There is nothing that Jesus cannot heal. He came to give us abundant life. There is nothing that He cannot redeem. Let’s let Him do that in us, deeply. And then maybe our old wounds can be just that… yesterday’s wounds, and not tomorrow’s bondage.