You lay your family on the altar of the god you serve. There is no story in the Bible that demonstrates this more clearly than the narrative of Jephthah and his daughter. Jephthah’s daughter is not named in scripture. We only know of her in relation to her famous father. We can’t really understand her story without first looking into his story. If you would like to read it yourself, begin in Judges 11. Jephthah was the son of a great warrior named Gilead. This should have guaranteed him very good standing in his community, but in his case, it did not. His mother was a prostitute, therefore he was an illegitimate child. His father had sons with his legitimate wife, and these sons eventually drove Jephthah off their land and let him know that he would inherit nothing from their father.

After Jephthah is driven out of the land, he surrounds himself with a group of men the Bible describes as “worthless rebels.” Some time later, the Ammonites attack the Gibeonites. They know they can’t fight them off, so they send for Jephthah and ask him to come fight the Ammonites for them. They tell Jephthah that if he will come and fight, they will make him leader over all the people of Gilead. He agrees to this, and he ends up fighting and defeating the Ammonites. Right before the battle begins, Jephthah makes a vow to the Lord that if God will give him victory in battle, he will offer as a burnt sacrifice whatever comes out of his house when he returns home. Tragically, when he returns home, it is his only daughter who comes out to greet him, playing a tambourine and celebrating her father’s victory. When he sees her, he tears his clothes in anguish and tells her of his vow. She is granted two months to go into the mountains with her friends and weep and mourn the fact that she will die unmarried and leave no children behind. The Bible says that “When she returned home, her father kept the vow that he had made, and she died a virgin.”

This story is one of the most troubling stories in the Old Testament. It has always bothered me. I actually did a research project on this passage in college because this story never sat well with me. Would God have granted Jephthah victory without having made that vow? Did Jephthah need to sweeten the deal for God? I think not. God does not need our sacrifices. They add no value to Him. Could this case of child sacrifice have been of God? Absolutely not. God destroyed pagan nations for doing that very thing- offering their children as burnt offerings to their gods. Why didn’t Jephthah just break the vow and save his daughter?

From the story, we know that this girl loved her father. She was his only child. She came out celebrating his victory. She rejoiced over his success. We also know that she had a deep respect for what she believed to be God’s will, even to the point of laying down her life. But was it God’s will? We know that in Hebrews, Jephthah is commended for having faith as he led out in battle, but what about his daughter? Is this another instance of something terrible being done in God’s name, when God has nothing to do with it? How are we supposed to understand her part in all of this?

I think we need to begin with context. The book of Judges says over and over again, “In those days, there was no king in Israel. Everyone did what was right in his own eyes.” Nowadays we call that “living your own truth.”

Jephthah was living in a time where chaos ruled. It was every man for himself. He was accustomed to fighting for everything he had. After having been thrown out of his father’s land, I am guessing he had a huge chip on his shoulder and would have stopped at nothing to gain back his status and respect in the eyes of the other men. He had also been living among a group of bad men. We aren’t given much of a description of them, but we know that Proverbs tells us that “bad company corrupts good character.” He had been in bad company for years before this event took place. In spite of the company he kept, I see the driving force behind Jephthah’s decisions being his need to vindicate himself.

Now Jephthah finds himself in a position to change his story, to get back the respect that he has lost, and to lift up his name and his reputation. He goes for it. Vindicating his name is everything to him. So he makes a vow to God. This making of vows as a plea for God’s help is not uncommon. Jonah made a vow to God from the belly of a fish. Hannah made a vow to God in her despair over her barrenness. Jephthah made this vow in his desperation to win back his honor. And now, out of the door of his home comes his only child. His daughter would pay the price for her father’s vow. She would be laid out on the altar of the god her father served…on the altar of his name, his pride, his reputation.  Did Jephthah have any other choice? Yes. He did. Would he have lost respect again in the eyes of the men who knew of his vow? Probably. Would he have lost his position as leader? Possibly. Would he have saved his daughter? Yes. What most people are not aware of as they read this passage is that God provided a way out of rash or foolish vows. In Leviticus 27 God lists out the price one could pay to be released from a vow made in haste or to redeem something that had been set apart to God. Do you know how much it would have cost for Jephthah to redeem his daughter’s life? Thirty pieces of silver. Would his name and reputation take a hit? Yes. Would his daughter live? Absolutely. She did not die because he made a foolish vow. She died because she had a father who would not redeem her.

I see God glorified and shown as beautiful in the story of Jephthah’s daughter in the contrast. Our God is not like Jephthah. Our God is not that kind of father. Unlike Jephthah, our Father paid the highest price to redeem his children who had been devoted to destruction. He did not lay us on the altar. He laid himself on the altar in our place, his precious body, broken for us, valued at 30 pieces of silver. He did not try to vindicate Himself. He was silent before his accusers. He was not about His own reputation, in fact, the Bible says “he made himself of no reputation…”

This is what our God is like. This is our Father.

Friends, we have all been set apart for destruction. We are born that way, in sin, on our way to death. But our Father did not spare himself. He did not throw up His hands. He did not hold back. He spent himself, down to the last drop of blood so that when we, the condemned ones come out of our house singing, and rejoicing in His presence holding our tambourines, He can announce to us that it is finished. The sacrifice has been made. Our Father has redeemed us. He paid it all. So play that tambourine girls, and dance with all your hearts before our Good Father who gave up everything for us. Oh, how He loves His children! 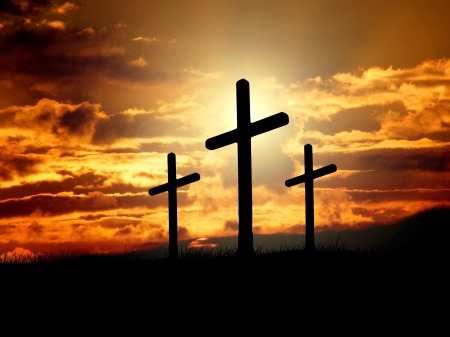 *My blogs are written with the assumption that they are being read primarily by Christians. If you want to know more about what it means to be a Christian or about the gospel of Jesus Christ, click the link here:The Gospel

One thought on “Jephthah’s Daughter: On the Altar”